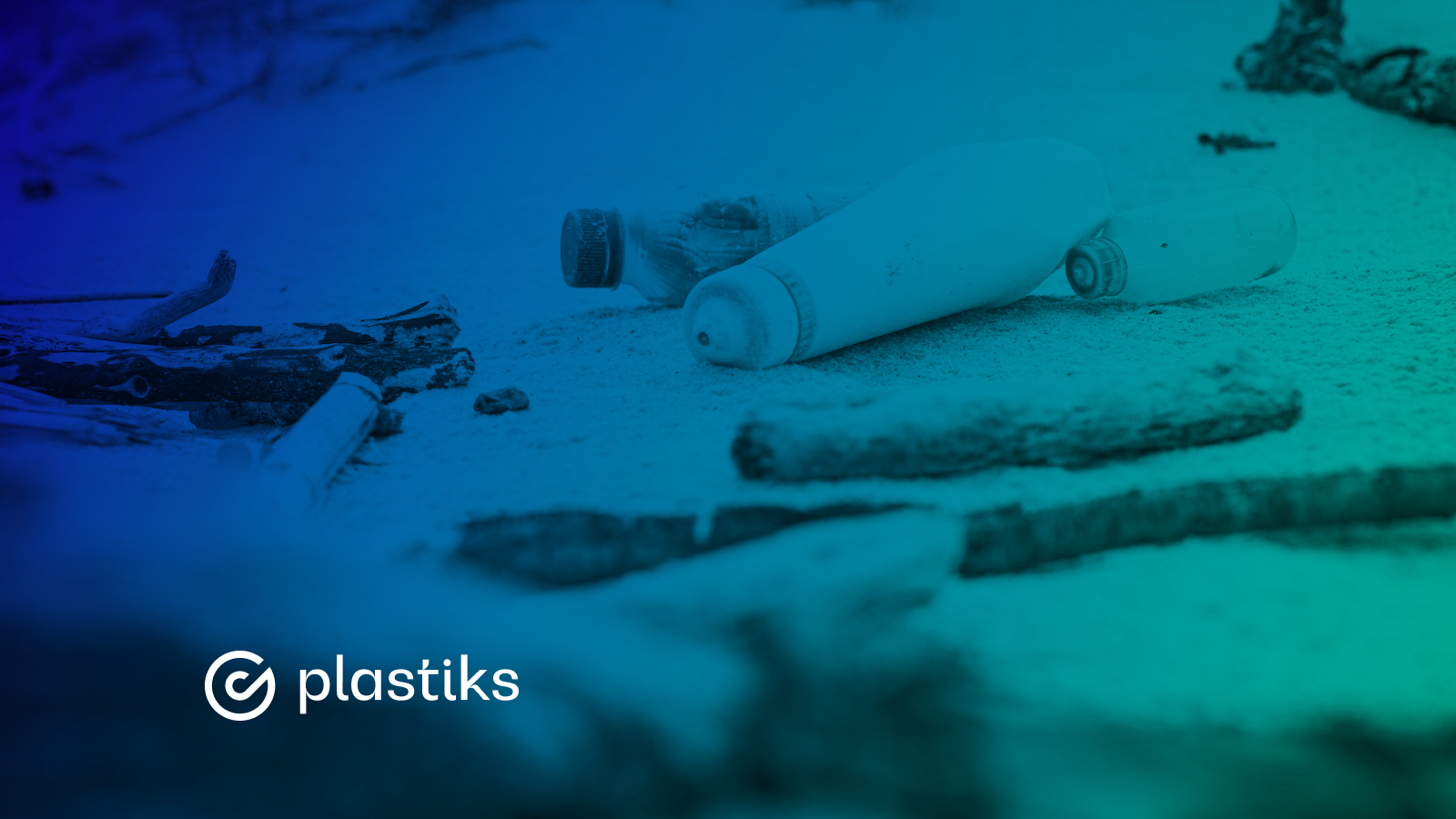 Did you know that every piece of plastic ever made, still exists today? Some pieces have been recycled and turned into new products, but most plastics have degraded into smaller particles. These small particles, called micro and nanoplastics, have now found their way into the water we drink, the food we eat and the air we breathe. Scientists have even found microplastics in placentas of unborn babies and breast milk.

Where do micro and nanoplastics come from?

When plastic ends up in a landfill, or any other part of the environment, it will start to degrade. Sunlight, UV-rays, wind and water, break down plastic polymer chains into microplastics (measuring < 5mm) and nanoplastics (<0.1µm).

What does this mean? It means that most plastic has not been broken down into micro and nanoparticles yet, it’s still piling up in landfills and ocean garbage patches. Interestingly, a large part of microplastics in the environment comes from the beauty and fashion industry. According to the European Chemicals Agency (ECHA), every minute, over seven kilos of microplastics from cosmetics and personal care products end up in the European environment. Research from the Plastic Soup Foundation shows that 87% of products from the ten best-selling cosmetics brands contain microplastics.

Research estimates that a total of over 14 million tons of microplastics have accumulated on the ocean floor. And the amount of micro and nanoplastics in the environment is increasing every year.

How plastic ends up in the body

Plastic really is everywhere, and consuming plastic has become unavoidable in recent years. Research shows that people are consuming about 5 grams of plastic every week, which is the equivalent of a credit card, according to WWF.

These tiny plastic particles are present in many types of food, especially food that has been in contact with plastic food packaging. However, the largest part of the microplastics that humans consume comes from seafood.

Take note that humans not only consume plastic through ingestion, micro and nanoplastics can also end up in the human body through inhalation and skin contact. Inhaled airborne microplastics often originate from urban dust and include synthetic textiles and rubber tires. While the skin membrane is too fine for micro and nanoplastics to penetrate, it is still possible for the particles to enter the human body through wounds, sweat glands or hair follicles.

What happens to plastic particles inside the body?

Some pieces of plastic simply pass through the human digestive system, but some particles make their way into different parts of the body.

In one recent study, scientists found microplastics in breastmilk. The microplastics found were composed of polyethylene, PVC and polypropylene, which are all plastic types commonly found in packaging. Previous studies have also found microplastics in placentas of unborn babies. Microplastics were detected on both the fetal and maternal sides of the placenta, and in the membrane within which the fetus develops.

Scientists say this is “a matter of great concern”. What these results will mean in terms of health effects are still unknown. Although, scientists say that the plastic particles found in placentas could carry chemicals that can cause long-term damage, or upset the fetus’s developing immune system.

The dangers of ingesting plastic

Some types of plastic consist of different chemical compositions, some of which are hazardous and can leach to the surroundings upon degradation. Plastics typically contain additives that can improve their properties, such as durability and elasticity. When these additives leach from the plastic, they cause harm to the aquatic environment and human health. One such chemical is bisphenol A (BPA), which is often used to harden plastics and is widely used in used in food and beverage containers.

Studies show that BPA can cause a range of diseases, such as obesity and cardiovascular disease. Bisphenols can mimic the body’s reproductive hormones and act as a hormonal disruptor, imitating or blocking the production, action and function of hormones. This may affect fertility and the timing of puberty. Studies have also shown BPA to affect brain development in the womb, causing damage to a developing fetus. BPA was previously found in baby bottles, but after concerns about how BPA may affect infants and children, the FDA banned the use of BPA-based polycarbonate resins in baby bottles and sippy cups.

Some studies have revealed that micro and nanoplastics can cause serious harm to the human body, including physical stress, apoptosis, necrosis, inflammation, and oxidative stress. However, plastic pollution is somewhat of a recent problem, and the actual long-term health implications of micro and nanoplastics in the human body are still not known.

What you can do

The best way to reduce the amount of micro and nanoplastics in the environment, and in your body, is to reduce the amount of plastic you use on a daily basis. Look over your daily habits to see where you can reduce your plastic usage. Switch from plastic food containers to glass containers, use reusable coffee cups and drinking bottles. Try not to buy clothes made from synthetic textiles and ultimately – avoid skincare and make-up products containing plastic particles.

Read more: Where does the recovered plastic end up?